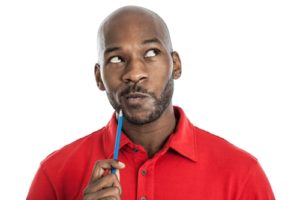 There are a large number of different martial arts, and while each can be beneficial to practitioners, you should take the time to learn about the options you have before making a decision on which to study. Here are some popular martial arts that are good workouts and effective means of self-defense:

Muay Thai is native to and the national sport of Thailand. Although many think Muay Thai and kickboxing are interchangeable terms, Muay Thai encompasses much more than kicks. In fact, people refer this sport as “art of eight limbs” because it emphasizes using fists, elbows, shins and knees when striking an opponent. In addition to the stand-up striking involved in Muay Thai, the form also utilizes plenty of clinching techniques. Many in the martial arts world believe this to be one of the most complete forms of fighting. The reason being it incorporates so many different kinds of self-defense techniques.

This martial art places most of the focus on grappling and ground fighting, as opposed to striking your opponent. The idea behind Brazilian jiu-jitsu is that a smaller, lighter opponent can defeat a much larger, heavier one through choke holds and joint-locks. If you’re a fan of mixed martial arts or the UFC circuit, this martial art might be for you. Most professional MMA fighters have extensive backgrounds in Brazilian jiu-jitsu.

Karate has its origins in the Japanese island of Okinawa. Roughly translated, meaning “empty hand”. That’s appropriate, due to the fact that most of the techniques students of karate learn involve strikes with an open hand or bare foot. The concept of learning to fight with only your bare hands emerged as a result of a weapons ban in Okinawa during the 17th century. Additionally, some modern forms of karate have expanded to include grappling in their teachings.

Taekwondo is a martial art that has roots in Korea. It’s taken on a widespread popularity across the U.S. and is well-known for the board-breaking that goes along with rank promotion tests. One of the major differences between Taekwondo and other kinds of martial arts is the emphasis placed on kicking. Taekwondo students are taught early on to defend themselves by kicking attackers, from shin kicks all the way to ones aimed at opponents’ heads.

Developed by the Israel Defense Forces, this martial art is one of the best for real-world applications. Krav Maga employs neutralization tactics through a rapid combination of self-defense maneuvers and brutal counter-attacks. If you’re looking to protect yourself from attacks on the street, this might be just what you need.