What’s the difference between judo and other top martial arts? 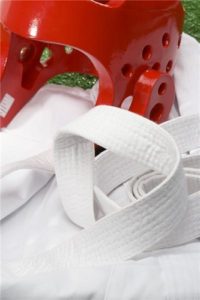 The health benefits provided by a practice of martial arts are easy to see. It ranges from mental acuity to endurance and stress relief. But before you undertake a martial arts practice, you need to make sure you’ve chosen the right one. It should align with you and your goals.

However, the sheer depth and variety of the martial arts industry and its offerings might make it difficult to choose one. So, here’s an overview of some of the popular practices and how they can help you:

A Japanese, competition-based and designed practice, judo ascribes by the “maximum effect, minimal effort”. It aligns with the mantra in the scoring of points and defeating opponents. Practitioners of judo do not use any pads (judo translates to the “gentle way”) and can be seen in competition at the Olympics.

This is the most popular art, with more followers than any other martial arts practice, according to Men’s Fitness. If you’ve never seen taekwondo practiced (you probably have and just didn’t know it), you can familiarize yourself with its punches, kicks and throws by watching videos of it on the internet. It’s even the basis of all those moves video gamers use in games like “Street Combat.” The program can vary widely depending on the study, incorporating relaxation techniques, drills, sparring and cardio.

The fastest-growing sport in the world, according to The Mirror, mixed martial arts (MMA) combines aspects of karate, kickboxing, taekwondo, jiu-jitsu and more. Much like Judo, MMA is also a competition-based practice in which each round lasts only five minutes. As such, it moves at much higher speeds, with more grappling and contact. Increasingly, such matches are being televised, which is ultimately contributing to its growing popularity as a practice.

When people think of “martial arts,” karate might well be the first term to come to mind. However, karate is a specific practice, not a vague term for all martial arts disciplines. It emphasizes defensive and counterattacking movements, as well as mental and moral discipline. Karate, while from Japan, continues to be a popular practice, especially among young adults and their parents, who see the martial arts discipline’s emphasis on self-defense and inner strength as a key attraction.