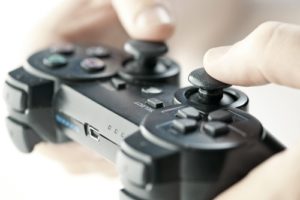 Martial arts have long been considered a major part of Eastern culture, but nations in the West have adopted some of their practices into their own culture over the last few decades. Like anything else, one of the most effective ways to make something new more popular is to use technology.

Martial arts have become prominent sports in the West, and that’s partly due to their appearances in video games. One of the newest titles making waves is a popular Korean game called “Blade & Soul.” Despite only being available in South Korea at first, this massively multiplayer online role-playing game is now sold in both Europe and North America. Though initially launched in 2012, the fantasy martial arts game grew in popularity enough to spread to China, Taiwan and Japan, and is now headed west.

This game, which sold more than 1 million copies in the ’80s, was one of the first martial arts games ever made and featured an animated Bruce Lee progressing through 20 levels by defeating enemies with the power of Jeet Kun Do. Many in the martial arts world appreciate the game because it pays tribute to one of the industry’s most respected icons. As one of the oldest martial arts video games, it didn’t have great graphics, but provided another instance for the sport to take root in video games.

This head-to-head martial arts video game was first made popular in the arcade, eventually making the transition to consoles in 1992. Though there were two “Mortal Kombat” films made, the game series has already encompassed nearly 20 titles, with the latest version being released in April 2015. The game, which was a competitor for the Street Fighter series of martial arts video games, was somewhat controversial because of the gory “fatality” feature available at the end of each battle. Regardless, the game is still popular among gamers everywhere.

Like “Mortal Kombat,” this title had its origins as an arcade game before being made available to consoles. Players use karate to defeat a series of enemies through five levels to rescue a princess. Popular martial arts moves like spinning kicks are in the majority of the game.

Games like these are immensely popular, especially among younger gamers. Not only do they appeal to the youth, they give individuals the opportunity to see martial arts on a new stage. As the interest in martial arts continues to grow in the West, video games will continue to feature them.