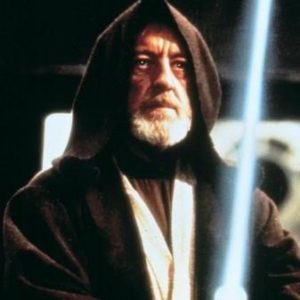 There’s been plenty of hype and attention surrounding the release of the latest film in the “Star Wars” series, and some of it extended to the world of martial arts.

“The Force Awakens” found success at the box office. However, plenty of the themes in the movie made their way outside of theaters too. One of the most popular concepts that’s getting attention outside the film involves lightsabers. Martial arts studios all over the country have taken it all in stride.

Instead of chalking up the use of lightsabers in the films to some imaginary weaponry system, martial arts studios took advantage of this. They have embraced the practice as a way to encourage more individuals to try out martial arts. Many martial arts schools have started lightsaber classes that teach students how to handle the fictitious, sword-like weapons.

“It kind of started out as a joke when my students had bought a combat dueling lightsaber,” Ron Schmitt told KWQC-6, an ION affiliate. “So I started kind of spinning around, doing some moves, and next thing I know I’ve got a group of people coming around and they’re like, you need to make this a real thing.”

Many advocates of the new lightsaber classes popping up all over the country will be the first to tell you that it’s a fun, safe way to practice sword fighting. Stars Wars use Sword fighting as choreography on both the screen and stage. Despite the fact that lightsabers aren’t real, practicing movements with them can help with other martial arts skills.

In karate, one of the weapons students are taught to handle is called the “bo.” It’s essentially a staff made of hard or flexible wood that’s anywhere from six- to about nine-feet long. Bojutsu is the practice of fighting with a bo. The Japanese martial art resembles many movements in the empty-handed martial art of karate, which is why the practice of self-defense by bo is so popular in that particular martial art.

The use of the bo in combat has origins in the Japanese island of Okinawa around the 17th century. You probably didn’t realize that the earliest forms of lightsaber duels took place in ancient Japan!