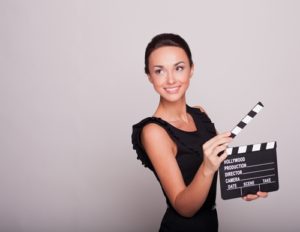 Most big screen action films today have an element of martial arts displays during certain sequences. However, what many moviegoers don’t realize is that the actors and actresses performing these movements have to undergo intense physical and mental training to display a level of expertise in the movies they star in.

These rigorous studies in disciplines such as Muay Thai, karate and taekwondo not only give them confidence on screen, but it is something that these individuals will carry with them for the rest of their lives.

“Suicide Squad” actor talks martial arts training for role Superhero films have become staples of summer blockbuster movies and next year will be no exception. DC Comics is currently involved in the production of “Suicide Squad” which will feature popular movie stars such as Will Smith and Jared Leto.

Jai Courtney is cast as a villain in the film and will play the role of Captain Boomerang. In preparation, he had to undergo rigorous martial arts training as production is set to begin in April.

“I’ve been training for three months in different martial arts,” Courtney told Variety Magazine at a recent movie premiere. “As you can imagine for that superhero world, the athletic expectations are rather high.”

Although there was no mention of which specific forms of self-defense Courtney studied, it’s reasonable to assume that it was intense given the fact that he has already spent three months training for his role.

Although she was born in the U.S., Nargis Fakhri made a name for herself starring in Bollywood films. However, in preparation for her first role in a movie produced in Hollywood, Fakhri dived headfirst into Muay Thai training.

“Nargis recently visited a Muay Thai boot camp for 12 days in Phuket to learn the core of the form,” an unnamed source told Bollywood Country. “Nargis disconnected completely from everyone for those 12 days.”

It is not uncommon for movie stars to take martial arts training to prepare for a part in an upcoming film. In some instances, these individuals will continue their study long after their shooting has commenced and they move on to the other projects.

However, the steps being taken by Nargis Fakhri, Jai Courtney and others highlight the popularity of martial arts training and the way learning self-defense can enrich lives.