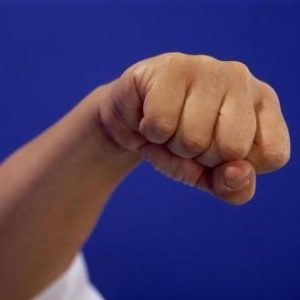 People decide to enroll in martial arts classes for a variety of reasons. Most often, this step is taken to better defend oneself in the face of confrontation. For others, studying karate, taekwondo, Muay Thai and other disciplines may be a way to get active and stay in shape. Whatever the reason, taking a self-defense class and working toward mastery provides a number of holistic benefits.

Walker Campbell is a 21-year-old with autism. His mother, Liz Buxton, told WMAR-TV, an ABC News affiliate in Baltimore, that his training in karate has provided a number of positive benefits in her son’s life.

“He’s been doing that now for a couple years to not only physically get into shape, but also to help with his ability to focus, and it really has improved his confidence,” Buxton told the news outlet.

For the last three years, Campbell has studied at the Kanjizai Dojo under the tutelage of his instructor Kevin Lockett. His desire to learn and his positive attitude has allowed Campbell to pass three belt levels, white, yellow and orange. He is currently preparing to take the test that will allow him to achieve the rank of green belt.

Campbell’s desire to train in martial arts stems from the fact that throughout his school years, he was routinely bullied. This caused him to develop feelings of anger that, when left unchecked, can lead to the development of negative behavior. Taking self-defense classes has allowed him to better manage and temper those feelings.

“I was bullied in high school and other schools, and I wanted to try to find a balance in myself, instead of getting angry about my past experiences,” Campbell told WMAR-TV.

For instructors dealing with students harboring anger issues, teaching them requires a fair amount of patience and understanding.

“You have to watch a student’s personality and watch what you’re teaching and when you’re teaching,” James Reilly, a black belt in kempo karate and instructor at Connect Fitness in Santa Maria, California, told New Times.

In addition, without adequately vetting students and gaining a clear picture of how they will handle being trained in the martial arts, it can lead to disastrous consequences.

However, for James Campbell and his teacher Kevin Lockett, their working together has been nothing short of positive. In addition, the progress that he has seen while dealing with autism highlights the benefits of martial arts besides being trained enough to win a fight.