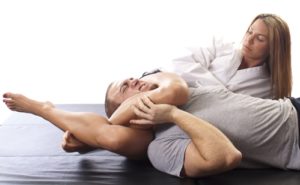 There are many types of bullying: verbal, physical, covert and cyberbullying. Children who face this type of torment often feel powerless and weak. Learning Brazilian Jiu Jitsu will not only give kids the mental strength, but also the means to defend themselves against bullies.

A recent study conducted by Parentdish found bullying is still a major problem, and children are going much further than name calling. The brutality that some kids face can lead to serious self-doubt and anxiety that can affect their development.

For example, one 17-year-old shared how her bullies have crossed the line. She admitted that bullies were constantly hitting, kicking, spitting at her, pulling her hair across the playground and one even broke her foot. Another 16-year-old girl simply couldn’t deal with the verbal abuse.

“Verbal is for me the worst because things were said to me that I will never forget,” she said. “All the bullying that was inflicted on me was bad though and I felt powerless against it. It resulted it me self-harming and being depressed. I was broken.”

Children have to tell someone

More than 93 percent of parents answered that they feel comfortable talking about bullying with their kids. This is the first step to recovery. Parents have to take bullying seriously and understand how it effects their children.

“For anyone who suggests that ‘bullying is just part of life’, I’d invite them to read some of these heart-breaking responses and ask themselves is that really what anyone would want their child to go through?” said Tamsin Kelly, editor of Parentdish.

Fighting is never a solution, but that doesn’t mean kids shouldn’t learn some self-defense techniques that will cause bullies to think twice before messing with them. Parents should think about enrolling their children in BJJ school. Kids can build up their self-esteem, while also learning how to overcome any other problems they face in the future.

With a renewed sense of confidence, children are able to ensure that they are no longer bullying victims. Rising up against bullies is the first step in the development of children who were once scared to go to school and put themselves out there.