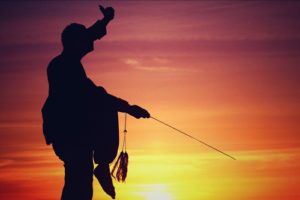 Martial arts of all kinds have obvious physical benefits – the practice is a workout, after all. However, getting in shape, building strength and increasing heart health aren’t the only outcomes of studying a martial art. Many also experience mental and emotional well-being results. In fact, martial arts were developed, in part, to support meditative practices.

Martial arts likely existed in China as far back as 2600 B.C., according to Black Belt Magazine. During this time, they used martial arts in battle rather than as the art form so popular today. Kung fu as we now know it owes its development to the Shaolin Temple. As the widely accepted story goes, an Indian Buddhist Monk named Da Mo (or Bodhidharma) traveled to China at the request of his master. Originally, he only meditated by a nearby mountain. Legend has it Da Mo remained there for nine years, his intense gaze eventually carving his image into the rock. He impressed the monks at the temple, and let him in. However, once Da Mo began living in the Shaolin Temple, he realized his disciples were too physically weak to meditate – they just fell asleep. To combat this, they practiced kung fu.

By honing their bodies, the monks could also master their minds and focus without succumbing to weakness. As such, the monks strived for strength physically and mentally. They also used kung fu in self-defense, especially when traveling. Eventually, the martial art spread.

Of course, other martial arts developed around the world in different ways, and not all are tied to a Buddhist history or meditation. However, the nature of martial arts requires students to be mindful when practicing. They must assess the way they’re moving, concentrating on coordination and muscle control. This requires thought. Additionally, martial arts studios all have their own formalities that encourage discipline and focus.

While training requires mindfulness, performance asks the opposite: for students to trust their instincts and let their bodies do the work. After years of careful practice, martial artists can clear their minds of distraction and go through forms without thinking about them. Similarly, tournaments and matches require reaction supported by training. To achieve good reactions, martial artists can’t let over-thinking get in the way.

It may sound like a contradiction, but martial arts can help you both be aware of how your body is moving and be free of anxious thoughts. For many, the idea manifests like this: When they’re in class, students focus all of their thoughts and energies into perfecting stances and moves and so are unable to worry about the things going on outside of the studio. This can help reduce stress and improve mood.

How much you want to attend to your mental well-being in martial arts training is up to you. Some instructors make it a priority while others leave it up to their students. Either way, focusing more on movement and breathing can help you leave class a little bit calmer than when you arrived.