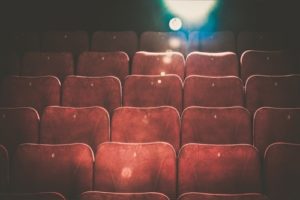 Martial arts have long been a mainstay on the silver screen. Everyone seems to enjoy watching the action-packed nature of the sport, whether it’s kung fu or karate. Here is a list of films made from the year 2000 and on that are worth checking out for yourself if you like martial arts:

This Quentin Tarantino-directed film is about a bride who wakes up from a four-year coma to seek revenge against a team of assassins who betrayed her. Taekwondo is one of the martial arts the cast used.

This story of revenge and redemption is a biography of Huo Yuanjia, a Chinese martial arts master. Kung fu plays a starring role, and it’s performed by famous actor Jet Li.

Voiced by Jack Black, Po the Panda must become a master of martial arts in this animated flick featuring various forms of kung fu.

Channing Tatum stars in this movie where he is introduced to the underground world of bare-knuckle fighting circuit by a scam artist. Brazilian jiu jitsu is one of the main martial arts the film highlights.

A star-studded martial arts cast makes up this movie about a CIA operative who hires a team of mercenaries to take out a dictator and hunt a renegade agent. Because the cast has such an extensive background in martial arts, all different kinds of martial arts are featured in this film.