4 Awesome Things About Owning Your Own Dojo 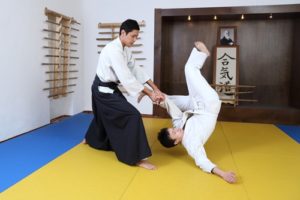 Many martial arts practitioners dream of one day owning their own dojo. Few, however, actually do end up pursuing this dream, whether they’re afraid of opening a business because of potential failure, or they simply don’t have the means to do so. Those who do, though, don’t seem to regret their decisions. There are many benefits to owning your own business, and especially your own dojo if you’re passionate about martial arts. Here are some of the biggest reasons that people who own martial arts studios love their jobs:

They turn their passion into a career

You know that old saying, “find something you love and you’ll never work a day in your life?” Well, many people with their own dojo feel as if their job isn’t really “work.” This is because they don’t spend their days just staring at a computer or making phone calls. While running a dojo does require mundane tasks, they go to a greater cause: Making the martial arts studio as great as it can be. The owner of a dojo will likely never have a typical 9:00 to 5:00 schedule, but he or she will be OK with that because running your own business is truly a labor of love.

They’re their own boss

Nobody likes answering to someone else, which is one reason many people decide to pursue their own business ventures. When you own your own dojo, the space can become whatever you want it to be. When you own your own business, you don’t have to wait for the go-ahead from a boss to purchase something for the space, or to change something around. If you own the space along with someone else, you’ll have to discuss any big changes with your business partner, but nobody will be able to order you around.

They get to spread their knowledge

While working at someone else’s dojo allows you to teach people who are new to martial arts as well, there is just something different about teaching in your own space. Maybe the studio you used to work at doesn’t quite have the same philosophy as you do, or maybe the owner of that studio is very strict about the way the martial arts are taught. When you’re in your own space, you get to be the one who determines how to teach lessons, and you get to dictate how much of your personal philosophy to include. You can be very hands-on with the other instructors, or you can allow each instructor to determine how the craft is taught. The dojo can take on any sort of vibe you want!

They get to watch students grow

The Art of Manliness talked to Jino Kang, owner of Hapkido USA in the Bay Area in California, and master of hapkido, taekwondo, and kyokoshin-kai karate. When asked what his favorite part about owning his own studio was, he said, “Seeing the smiling faces of children after they passed their Belt Exam. Watching an adult member lose 50 lbs from hard training at my school. And when students go away to college, get married and return to my school with their kids and train as a family.”

However, there are two sides to that coin. Kang also said that the worst part of his job was when a student quits martial arts. Since Kang invests so much time into each student, he said that it breaks his heart when someone decides to stop practicing. This goes to show how meaningful it can be to teach martial arts in your own dojo.