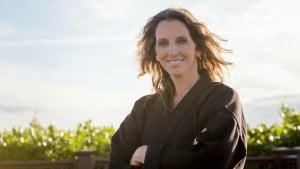 I’d like to say that a woman should train in the martial arts because she is out to save the world, desires to be more like a superhero, or even because she wants to increase her power and physical strength. If I did, I’d be doing a disservice to women. The truth and reality is that women train for many different reasons and often they do not include donning a cape, saving the world, or bodybuilding. Some of the less relevant reasons are sometimes the most important.

Here are five real reasons why women train…and why you should, too.

It’s not as trite as it sounds. Empowerment has to do with improving yourself enough to realize that you are capable of much more than you ever imagined, can protect yourself, and that you have the confidence to discover your true purpose in life.

It’s gradual. You don’t walk into a martial art class day one and get it; but, it is what everyone seeks. Balance. Freedom of mind. Self-Truth. The physical attributes of the martial art start to blend mindfulness and spirituality over time. A kick becomes a symbol for overcoming; a punch reflects an unknown strength; a fall upon the mat is accepting challenge; and a kiai is an inner voice being extended.

Women train to seek empowerment but not just to show they are great women, better than men, or are special in some way. More, it is a personal journey to understand themselves better and that is exactly why they should learn a martial art.

Sure, some martial artists or instructors might say, “martial arts are not for fitness; they are more important and traditional than that.”

Let’s be real here. Women are constantly assessing their bodies, their weight, and their physical capabilities. Not all, but many decide to learn a martial art because it is fitness “with a purpose.” If they are going to walk on a treadmill, or take a class, a martial art class might just fit the bill for what they need. Although some schools still have difficulty attracting women to their programs, the women who do attend often have a dual purpose in mind of getting in better shape and learning an art.

I say if fitness pulls them into the dojo, let that be a starting point and worry about the rest later.

A woman generally wants to prove something to herself. She may feel a martial art is a bit like jumping out of an airplane with a parachute. It’s a chance to free-fall into self-confidence or become fearless. It is a chance to show herself that she is more than the roles she plays as daughter, wife, mother, sister, or best friend. She has power and grace and most importantly, courage.

When else are you so physically challenged to push beyond physical boundaries? To break a board or practice over and over the same kick or block until it becomes a part of you? Where else do you learn a mindset that can alter the direction of your life in a positive way forever?

I’ve applied the mindfulness and perseverance to my life over and over. I’ve proven to myself that I am capable of doing anything.

I’m not going to lie, getting noticed because I’m a martial artist is…well…really cool.

Suddenly I’m different, I’m diverse, and I’m distinguished. Who doesn’t crave a little of that? Every time I am introduced to someone, it starts like this… “This is Andrea. Oh, she is a martial artist!” It’s a talking point for people and a beacon for their own inspiration and motivation. In a sense, I’m a role model for every aspiring martial artist out there, and because I’m a woman, I can especially motivate other women and girls to learn self-defense concepts or martial arts.

Women are not the “weaker sex;” however, simply because of body type they may be more vulnerable in certain situations.

Be cool and learn to not just to protect yourself, but to be a stand-out role model.

Women are as diverse and unique as men; however, they don’t always understand or see their “savage” side. In order to believe that they can actually protect themselves, they innately want to understand who they are on the other side of their personality.

These are all questions that a woman considering a martial art wants to know, but is somewhat afraid to ask. No woman wants to be attacked, to be compromised because she is smaller in stature or less physically strong than another human being. A woman is not trained to fight, yell, break, or battle through most of her years growing up.

Martial arts training will explore her savage side or her fighting side in some manner. She will finally get to recognize her power through technique, skills, and practice.

The woman who takes a martial art will finally meet her other side.

I suppose I could find another five reasons, ten, or twenty more. Martial arts has so much to offer a woman in terms of self-exploration, self-confidence, self-trust, and self-esteem. Even more so, martial arts are relevant to her life, day in, day out. She can apply everything she learns to her roles as a woman, no matter what they are. Not every reason to train is commonplace. Each woman should find her own reasons to make a martial art an important and relevant part of her life.